Although social media is despised for its tendency to dehumanize and alienate people from the real world, to let instant gratification and personalized projections seep into the human psyche, it has certainly connected people around the world from backgrounds, topologies, languages ​​and socio-cultural sensitivities in ways that could never have been envisioned before.

The exchange is much more accelerated and the exposure to “the other” is more and more growing and entangled.

This is how I met Nilanjan Hajra, on a social media platform through a random algorithm of fancy hashtags. It had been my very first interaction with a Bengali and therefore my interface with Bengali literature and his with the literary landscape of Kashmir. We connected immediately. That’s the beauty of art, that it has its own universal language that addresses the basic condition of all of us – our humanity.

During our multiple interactions, I acclimatized Nilanjan to the genesis and genres of Kashmiri poetry and as he showed keen interest in bringing it to Bengali audiences, we both thought of working on the translation of some important texts which would be our contributions to our respective languages. and literature.

It was during this period that Nilanjan introduced me to Shankha Ghosh and her Himalayan stature in Bengali poetry. Given Nilanjan’s seasoned hand in Bengali and Urdu literature and his expertise in the field of translations, I had to take this seriously and immerse myself in the world of Shankha Ghosh poetry. Since I couldn’t read Bengali, he sent me an English translation of his poems by Dilip Kumar Chakraborty.

Robert Frost said, “Poetry is what gets lost in translations”. But then the very act of translation is a necessary evil. We cannot translate exactly, but we must translate adequately to make passionate readers discover the multi-universe of the poet. And thus, I was able to familiarize myself with the poetry of Shankha Ghosh through translations only.

Being a poet and translator myself, also from the land of Lal Ded and Habba Khatoon, I understand how much pressure one experiences in terms of baggage and performance when you have had a line of great poets in your culture and literary history. Whether we see it or not, whether we agree or not, there is an unfair comparison with what has been written in the present, with those great poets who have prevailed in the past. Shankha Ghosh, too, comes from the country of Rabindranath Tagore, and I was very curious to know how many

Tagore emerges from his diction and content. It was my first reference. Upon getting my hands on the book, I realized it was an unfair expectation and comparison.

By the time I have finished reading this book of fifty selected poems; Ghosh had proven himself to be an independent, individual voice that appealed to Kashmiri sensibilities as much as he could to Keralites or Russians. And by this, I want to establish that he is a universal poet who appeals to the basic, common and pristine conditions of humanity, regardless of who can read him across borders, languages ​​and cultures.

Ghosh’s poems take us on a journey through the landscapes of any rational mind and any sensitive heart who want to question the true nature of being, the dynamics of image projections, our relationships with a higher power and the ultimate quest for all philosophies: death.
In his poem “Crowd”, he continues the legacy of great poets like Allama Iqbal in Urdu and Rehman Rahi in Kashmir as he addresses the higher power with the tone of assertiveness and fearless curiosity, “How much more should I bend, God, ….….” This gives us an idea of ​​how Ghosh has moved beyond conventional ideas of divinity and sacrosanctness while remaining decently inside the periphery This reflects an intimate connection between the seeker and the sought and an atmosphere that nurtures the intellectual quest for the sacred rather than compartmentalizing the divine in the dormant chambers of superstition and dogma.

Another very important and recurring theme in Ghosh’s poetry is his engagement with the idea of ​​being. Most of these poems are filled with introverted monologues, dissections of human consciousness and self-awareness, and then how that idea of ​​being falsely manifests outwardly by fitting into societal norms.

In his poem “Frog”, Ghosh first tries to paint a vivid picture of a perfect house with fish, birds, flowers and other things and at the end of the poem surprises the reader by taking a detour to inside like, “…in the glass case in their hearts / in fact an old frog is dancing”.
Likewise, in the poem “Body”, it is so interesting how he asks the most important question of all time in such an innovative and easy casual dialogue with the doctor, “Doctor, something is wrong with my body / I feel it…”.

He tries to take us to the same plain again in his poem “No” when he begins with “…This face or this face: all are the same……” and concludes the poem with “…And then?/ Head to toe, head to toe/ What’s next?…” leaving the reader in a state of suspended wonder.

As much as Ghosh is concerned with unveiling the nature of being, he is also aware that much is projected outward, which betrays an authentic expression of self and therefore of our social dealings. He tries to elicit the same in his poem “Foolish, not social” when he writes: “Do you finally want to wear a human body / after taking off the devil’s robe?” In another poem with a very interesting title, “The face is hidden by billboards”, Ghosh concludes the poem with these lines: “The speech on my face / Stands alone at the corner of the aisle / Only my tired mask holds / Hanging on the billboard,” alluding to the incongruous fake personalities we all project into the environment.

Ghosh appears to be someone who is very observant and passionate about the system and the conventions in place. There are also elements of rebellion and undercurrents of cynicism in his poems. A rebellion seeking freedom from complacency and conformity. In “Puppet Dance”, as he tries to portray someone who is controlled by ropes, he finally gives the subject his much-desired independence in these lines, “I moved on my own / so no one could ever m ‘to buy”….

In another poem ‘Radhachura’, I was personally amazed at the kind of imagery Ghosh employed to affirm the nature of the search for freedom and growth and challenge the clutches of overused tradition when he wrote: ‘Even this seasonal flowerpot might burst suddenly/by the undercurrents of hesitation,/the little heads springing/surpassing the bigger ones,/did the gardener say that? »
There were two poems in the book, titled “Black & White” and “A Letter to Black Friend”, which may suggest that Ghosh had a socialist and egalitarian view of society. But the number of such poems is too small in the anthology to qualify him as a socialist poet for the moment.
The most dominant theme, however, which runs through most of the poems in this anthology, is the “funerary pyre” – alluding to transition to another world or death. For me, this is somehow the most representative element of Ghosh’s poetry which places him in the league of great existential Urdu poets such as Jaun Elia, Ahmad Nadeem Qasmi, et al. Throughout his poems, Ghosh wants to portray the struggles he had with his constant companions as emptiness, emptiness, emptiness and how he carries them to the funeral pyre. For him, the funeral pyre seems to be the culmination and the beginning of a new dance, new dimensions, a new life.

In “Funeral Pyre”, Ghosh writes, “Come on, flee, / Saying this my body bends / Funeral Pyre”, thus wishing to detach from what remains and embrace what is to come, with the utmost curiosity. Again in one of my favorite poems by him, “Dharma”, Ghosh depicts the image of him being in the cremation ground while the funeral pyre is being prepared. It’s here that he talks about one of Existentialism’s favorite symbols – a void, like “Tell them, let the void stand on my chest, / spread her ankle-length hair, / let the stars illuminate her crown. Let them fly /, communicating to us her inability to make sense of what is around and what is constantly within. 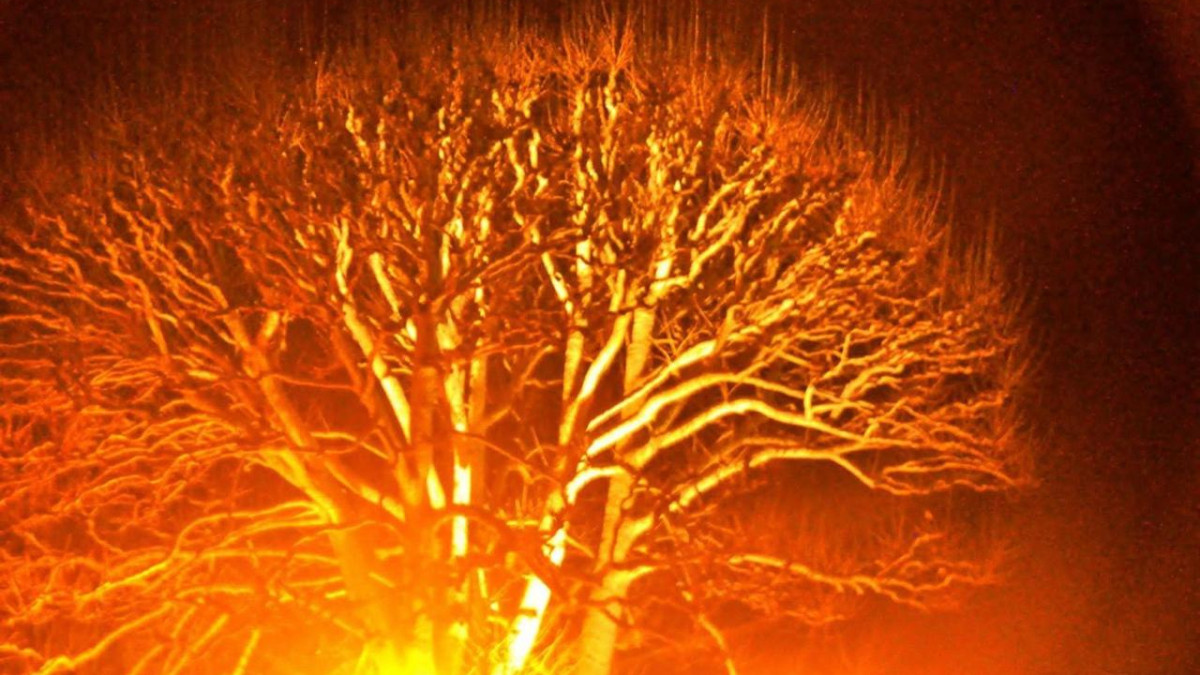 Ghosh seems to be so aware of the impermanence of life and the impossibility of escaping death, that he has glorified and visualized his own, in so many different ways. In “Smash my Banner”, he writes: “I mean: go to hell! Damn you! May you die!/ But I can’t say because just before that/ You yourself/ Break with your own hands my banner, my soul/”. How lucidly he embraces and embodies the mortality of everything in his work. In another such poem “Trimeter”, he again insists on the same recurring theme of inescapable death, “You have no creed except / to resist the ax to the breast / You have no creed except / to fill in this blank /”.
One can appreciate how multi-layered Ghosh’s verse is – marked by the use of so many dense metaphors and allusions – when he writes in “The Waves within Emptiness”… All longed for shelter…../ Know you only empty? Don’t you know/ There are so many waves in the void?/”

It was a fascinating experience for me to read Ghosh. Although I cannot comment on the language and aesthetics of the original, all I can tell from the translated version is that he is a poet of great foresight, fine sensibility, of deep emotions, unequivocal observation and refined thought. He masters the art of poetry by being able to communicate a maximum of tales with a minimum of words. His interrogative style and then his responses subsequently remind me of Plato’s Republic and the distinctive “Dialogue” genre of Persian poetry, qualifying Ghosh as a remarkably erudite poet to me who has an eye for world literature.
I am immensely grateful to Nilanjan Hajra for this enriching experience of introducing me to Shankha Ghosh.

I conclude this piece with the words of Ghosh:

A few words have been spilling over into human tongues for quite some time
And then die, we only wander with their corpses,
And you adorn with airs and passions —
did you ever know
There is so much darkness in the rhythm?

(Rumuz is a multilingual poet and translator based in Kashmir. She can be contacted at [email protected], Rumuz e Bekhudi on Facebook and @rumuzb on Instagram. The opinions expressed in this article are personal and may not necessarily reflect the views of Outlook Magazine)